By Jim Goit, member of the Rotary Club of Truro, Canada

In 2014, Thie Convery of the Rotary Club of Dundas Ontario, was invited to my Rotary Club of Truro’s annual charter night celebration. During that year, then-RI President Ron Burton had encouraged Rotary members to Engage Rotary, Change Lives. It seemed very fitting to have Thie speak about her engagement in fundraising and how others can also take up the torch.

Thie spoke about her 2010 Swim to End Polio which was an attempt to swim across Lake Ontario, a 52 kilometer crossing, all in support of the End Polio Now campaign. She had been able to raise over $50,000 USD for the effort.

Inspired by the presentation, members of my club decided to take the plunge and keep the momentum going in Rotary’s fight to eradicate polio. The Rotary Club of Truro’s immediate Past President, Laurie Sandeson, suggested to members that we take up the challenge of swimming for polio. Rotarian Lydia Sorflaten, an avid swimmer and resident of Shortt’s Lake, helped map the half kilometer journey across the lake and Rotarian Richard Bowness and his wife Maralyn offered their dock and pontoon boat in support. While not a huge distance by some swim standards, it was still a significant challenge for many involved. 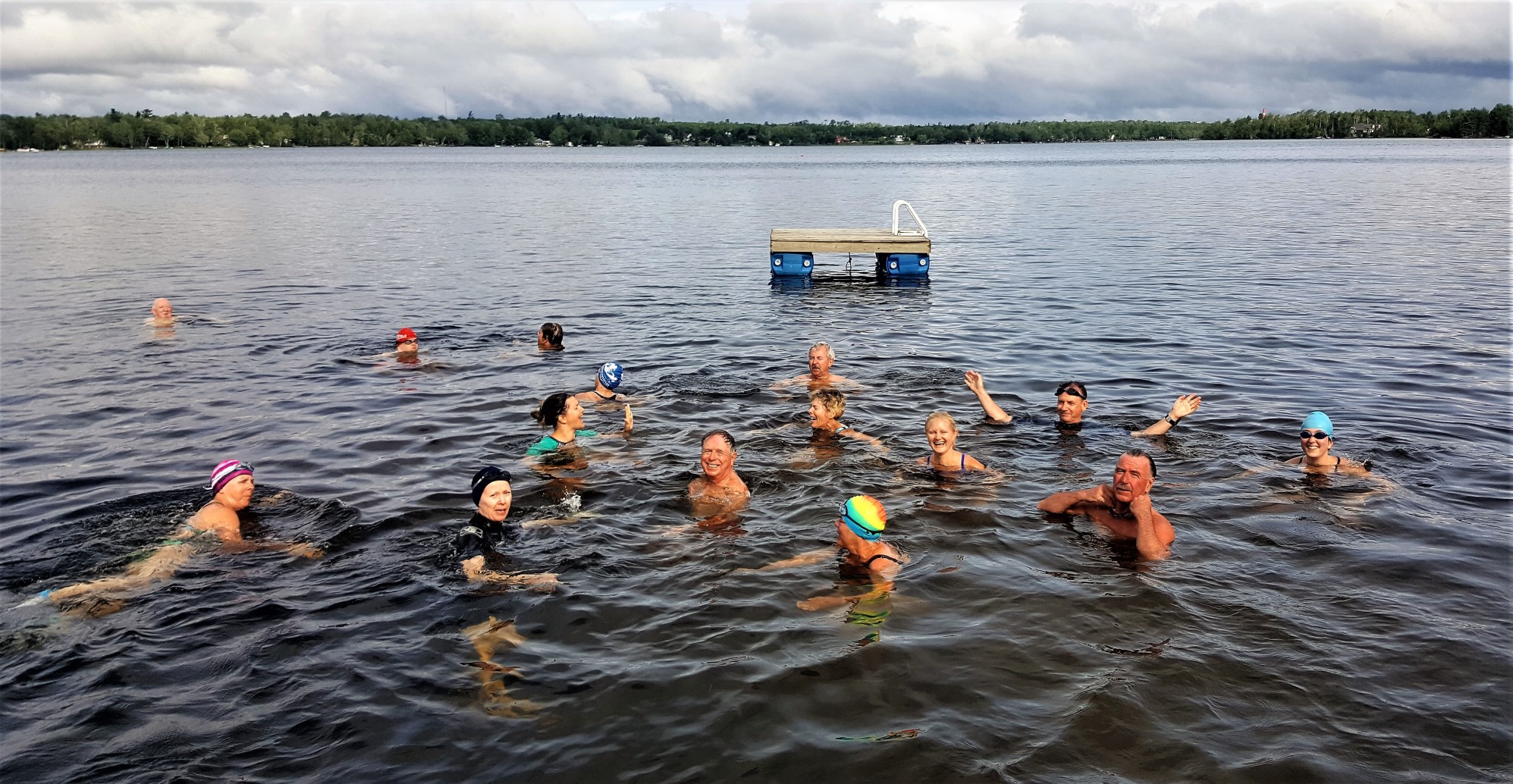 In the 2014 swim, over a dozen Rotarians and friends jumped into the warm waters of Shortt’s Lake. The swim began early in the morning to take advantage of calmer waters and less boat traffic. Swimmers were accompanied by a pontoon boat, a motor boat, a couple of spotters in kayaks and a lifeguard. In half an hour, all swimmers were out of the water and in good spirits. There were refreshments and towels for all.

Rotarians participating in the swim collected pledges and cash donations. They raised over $600 USD for the Polio Plus Fund. Our club celebrated that as a success for our first year putting on the fundraiser. We have gone on to complete the Swim for Polio challenge every year since and, in total, donated over $21,500 USD to the Rotary Foundation for Polio eradication. The number of event swimmers grows every year and our club continues to feel more invested in the fight against polio. 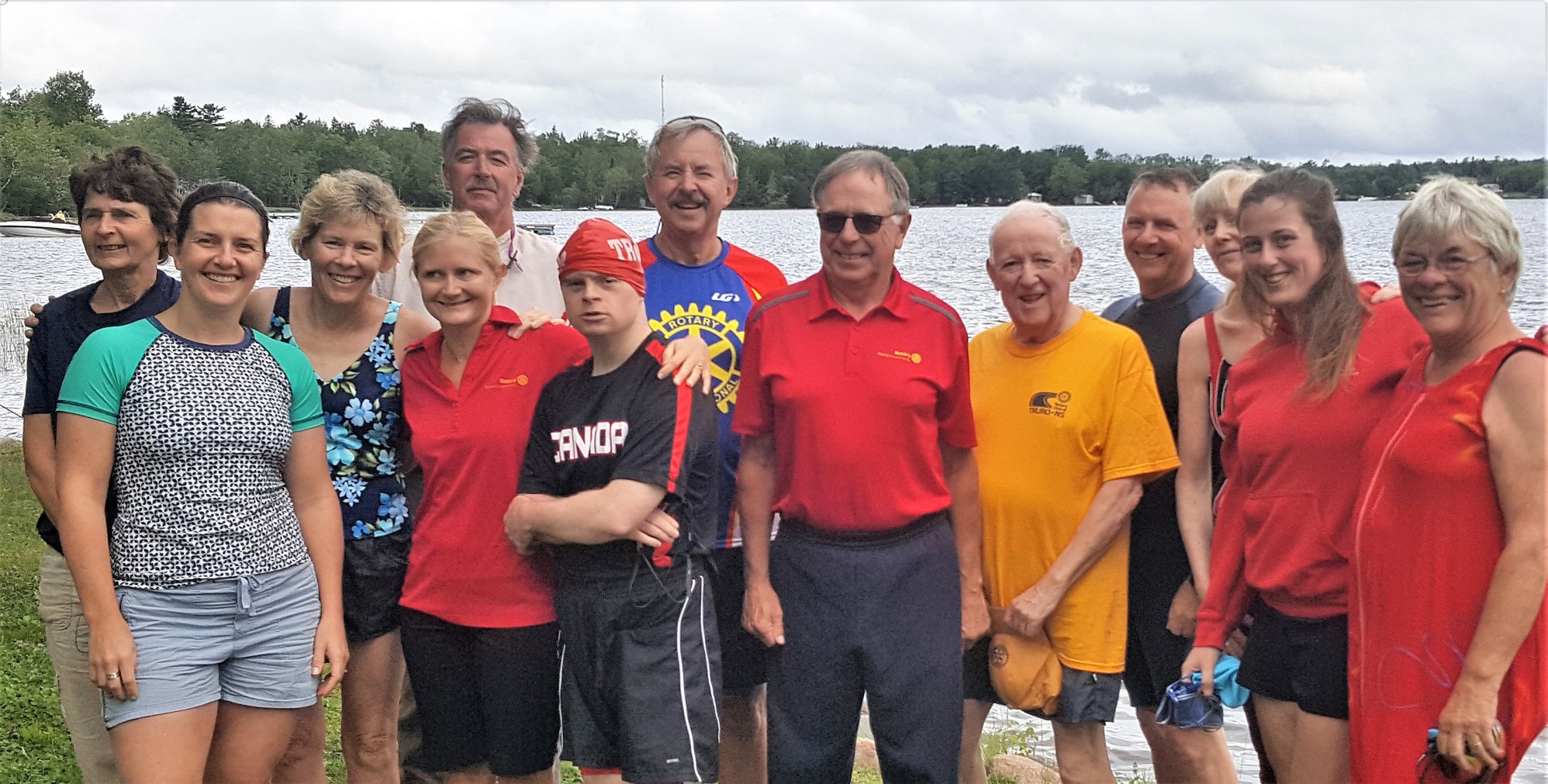 The Rotary Club of Truro’s Swim to End Polio has helped build awareness for our club and our fundraising efforts. We have been profiled in the local media several times for this initiative.

For the 2018 swim, we used the Rotary Ideas platform to further extend awareness of the initiative and streamline our fundraising efforts. For the first time, we received financial support from Rotarians and clubs around the world. Supporters were able to make donations towards our efforts directly through the platform and collectively we raised $4,000 USD towards our fundraising goal of $5,000. This certainly encourages us to do even more.

Polio is a terrible disease that many of us are old enough to remember as being a major concern in our own community.  Now that it has been nearly eliminated from the world, we can be proud that as Rotarians, we have been able to have had a part in reaching the final goal.