By Martin Taurins, Chair of the Rotarian Action Group for Multiple Sclerosis Awareness (RAGMSA) and member of the Rotary Club of Gisborne, Victoria, Australia 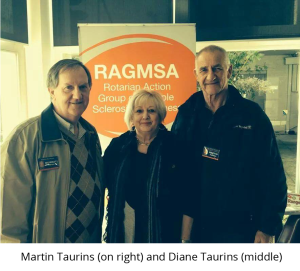 When my son Jacob, a budding musician, was diagnosed with multiple sclerosis (MS) at age 20, my wife Diana and I didn’t know anything about the disease.

Our world changed when our son became one of 2.5 million people worldwide diagnosed with this neurological condition in which the body’s immune system inexplicably turns on itself, attacking the protective sheaths that surround nerve fibers. Depending on the type of MS, symptoms range from tingling or numbness, visual impairment, mobility restrictions, loss of coordination, independence and eventually paralysis.

The disease most commonly impacts adults ages 20-40 and three times as many more women than men. MS has no cure, but our family wanted to take action. We felt frustrated that no one could tell us what causes MS and what plans there were to find a cure. Now we realize this disease is very complex. 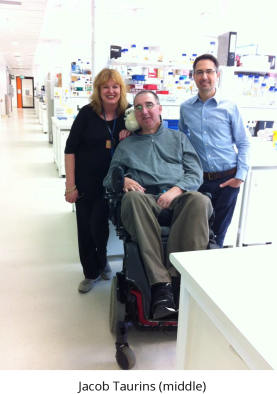 Before Jacob was diagnosed, Diana and I joined the Rotary Club of Gisborne to give back after our daughter went to Sweden on a Rotary Youth Exchange. Since then, we have hosted ten exchange students. Our club’s members had empathy for Jacob’s condition and started a club project, which later became a district-endorsed program. This encouraged us to gather together Rotarians internationally with an interest in finding a cure for the disease and form the Rotarian Action Group for Multiple Sclerosis Awareness (RAGMSA) to help clubs organize projects to assist individuals and families impacted by MS, promote MS awareness and urge Rotarians to work with their local MS societies to get involved.

In the early days of RAGMSA, Jacob played the piano and performed at MS fundraisers hosted by Rotary clubs in District 9800. Being involved in these events encouraged him to join Rotary himself and he has served as club president of the Rotary Club of Essendon North. With the support of a public disability grant and his club, he was able to get a new wheelchair that allows him to be more independent. Jacob received university degrees in arts, business and music prior to his diagnosis. Today, with the help of his care giver, he uses a specially-equipped computer to realize his dream of gaining a master’s degree in music composition and writing. Before being diagnosed with MS, Jacob could sing, play many instruments and wanted to be a music composer. 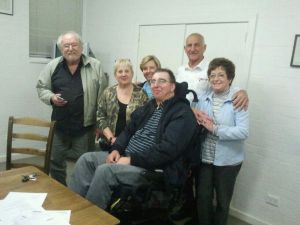 We urge Rotarians to support those impacted by MS through projects enhancing their access to resources, become involved with their local MS societies, host events to spread awareness of the disease and support efforts to find a cure. Put it in club plans and objectives, so it becomes public. Let clubs know MS is a major health problem, especially among our rising leaders.

Learn more about the Rotarian Action Group for Multiple Sclerosis Awareness (RAGMSA) through our website and contact us to start a project and get ideas about fundraising events and grants related to MS. Follow us on Facebook and Twitter for daily information regarding MS research, societies and symptoms management information.