By ShelterBox and Rotary staff

When disaster strikes, Rotary’s project partner ShelterBox works closely with Rotarians and Rotaractors around the world to bring aid to families in their hour of need. The Rotary family provides vital support to ShelterBox through fundraising activities and practical assistance on the ground in the affected areas. Whether helping with logistics and transport, translation and local knowledge or acting as a link with governments and officials, the power of the Rotary network can have a massive impact on ShelterBox’s ability to operate effectively across the globe.

Below are just a few examples of how Rotary members and ShelterBox have been working together to save lives and help families and communities devastated by recent conflict and natural disasters. 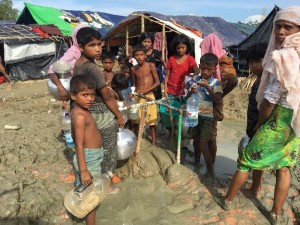 In Bangladesh, ShelterBox has been working closely with Rotary clubs from District 3282 to help support around 3000 families following widespread flooding in the north of the country. Local Rotarians have been invaluable in providing logistical support and access to areas of Bangladesh that would have been extremely hard to reach without Rotary’s network of contacts throughout the country. ShelterBox Operations Coordinator Jo Arponen said “the current response in Bangladesh would not have been possible without the facilitation provided by Rotarians in the country”.

The southern area of Bangladesh has also seen hundreds of thousands of families cross the border from Myanmar to escape ethnic violence at home. Most have arrived with little more than they can carry and are living in makeshift camps made of bamboo and thin plastic sheeting. With the support of Rotarians, ShelterBox has been able to visit the affected area and draw up plans to assist around 4,000 families with solar lights, tarpaulins, blankets and other vital aid items. This short film from Response Team Volunteer and Rotarian Liz Odell highlights conditions in the camps for the Rohingya population.

Hurricanes cause devastation in the Caribbean

The Caribbean has proved to be one of ShelterBox’s biggest logistical challenges. After two category five hurricanes battered the region in quick succession ShelterBox sent a team to assess where their aid would be most needed and most appropriate. Based on this assessment and their own capacity this response has focussed on the following countries. 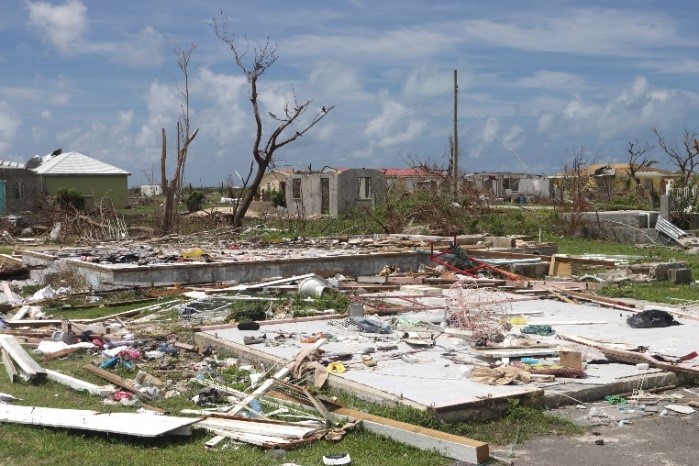 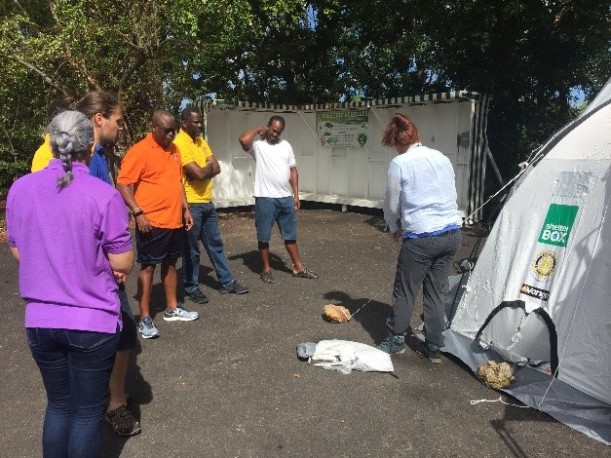 Train the Trainer with Rotary Antigua 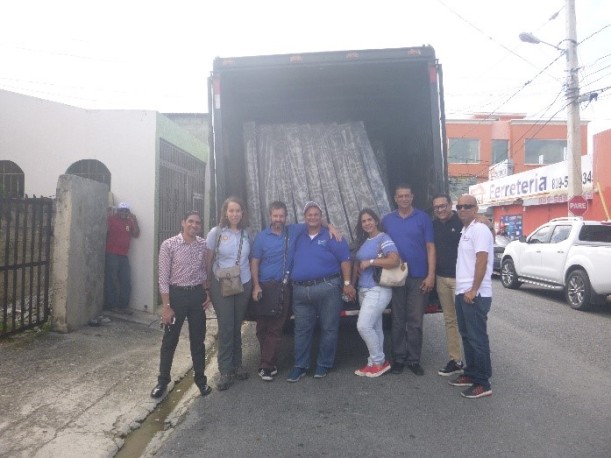 ShelterBox Response Team with President Ramón Majín Jiménez and Rotarians from the Club Rotario San Francisco de Macoris on the Dominican Republic planned distribution of mattresses to the neediest members of their community whose beds had been ruined by Maria. This, in turn, enabled the team to conduct shelter needs assessments in the region.

Rotary and ShelterBox are project partners for international disaster response. ShelterBox is a Charity independent of Rotary International and The Rotary Foundation.

3 thoughts on “In times of need, Rotary members work with ShelterBox to provide disaster relief”