By Dr. John Philip, Past District Governor and Chair of the International Fellowship of Rotarian Doctors

Three years ago I was on the island of Ukerewe in Tanzania leading a Rotary project when I heard a child had been abducted and murdered. The child was an albino and was targeted by traditional healers. I was in utter disbelief when I discovered traditional healers, sometimes called witch doctors, target albinos to use their body parts in ritual practices, which they claim bring wealth and good luck. The Tanzanian government banned witch doctors in January 2015. Since then more than 200 witch doctors and traditional healers have been arrested, but many people with albinism still live under the threat of death.

People with albinism lack melanin pigment in their skin and appear to have “white” skin. They have sensitivity to ultraviolet radiation and are at risk of developing skin cancer and significant sight problems. The Rotarian Doctors’ Fellowship is supporting a campaign in Tanzania to help this marginalized and discriminated community claim their rightful place in the society and live without fear. Our project addresses many interconnected challenges – reducing stigma through village seminars, vocational training and improving eye care.

As a cancer specialist, my initial interest was to help this high risk group receive better treatment for skin cancer. Skin cancer is not a lethal disease and is easily preventable. I soon realized that improving skin cancer care was important, but will have little effect until other complex social issues are addressed. Through village education and peace building efforts, we sought to help persuade communities with high incidences of violence against people with albinism to abandon old beliefs and myths.

This year, I went back to evaluate the campaign and our efforts. Our local partner, the Mennonite Central Committee of Tanzania (MCC), had conducted more than 40 village education meetings engaging 2,000 villagers.  At the review meeting, I met with 16 village leaders and heard their plans of action. There had been a dramatic change in their perception about albinism and a sense of determination that they did not want the good names of their villages to be tarnished by attacks on people with albinism. 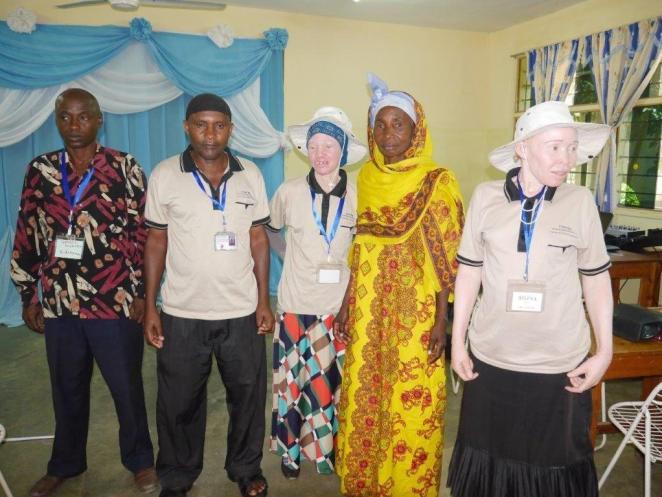 They called for action to bring to justice those who propagated abhorrent views. The leader of CHATAS, a traditional healer himself said, “We – the traditional healers – condemn and disown those who bring disgrace to our profession. We hope they would be debarred from practicing healing. Albinos are people just like us.”

This type of collaboration was unimaginable a year ago. The village education meetings and peace building program were funded by Rotary and implemented by our partners – MCC and Albino Peace Makers. Rotary helped make this miracle happen.

Through the Fellowship’s network of contacts, I have been able to share my experience with colleagues all around the world and thus highlight the plight of people with albinism.  The project has attracted support from seven Rotary districts and a number of organizations. I was even invited to share my experience with delegates at the Rotary International Presidential Conference on Disease Prevention and Treatment in Cannes. 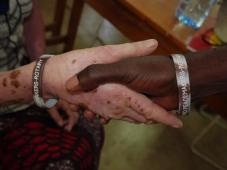 Helping people with albinism is one of many projects supported by the Fellowship of Rotarian Doctors. The Fellowship offers for Rotarians, their family members, and program participants and alumni a unique opportunity to bring their vocation into service, change lives and make friends. The group shares a vision for supporting and promoting global health improvements, an enthusiasm for making advancements through volunteering, and a strong commitment to support local and international healthcare initiatives. For more information, contact me.