By the Rotarian Action Group for Population and Development (RFPD)

We believe that maternal and child health is not only an important area of focus, but the most important of the six areas of focus. Women in the twentieth century have achieved significant progress in the economically progressive areas of the world. Meanwhile, women and girls in non-developed countries have a much more difficult life, especially in comparison to their male counterparts. Many of these women and girls accept their inferior social status and tend to fall into traditional roles.

Economic depression often times forces extended families to live together under one roof, leaving young women who desire to make even the smallest change in their lives to fall under the subordinate customs and values of their parents and their grandparents. In addition, many non-developed countries still commonly marry off underage girls, many of who are under the age of thirteen but the vast majority being under the age of 18. This not only impacts their opportunity for an education, but has a profound effect on the number of pregnancy-related complications that occur for girls who are not physiologically ready to bare children. To combat this, we must address family planning to reduce 30% of maternal deaths which will ultimately empower women and achieve a demographic dividend for developing countries.

RFPD meeting with the local community. 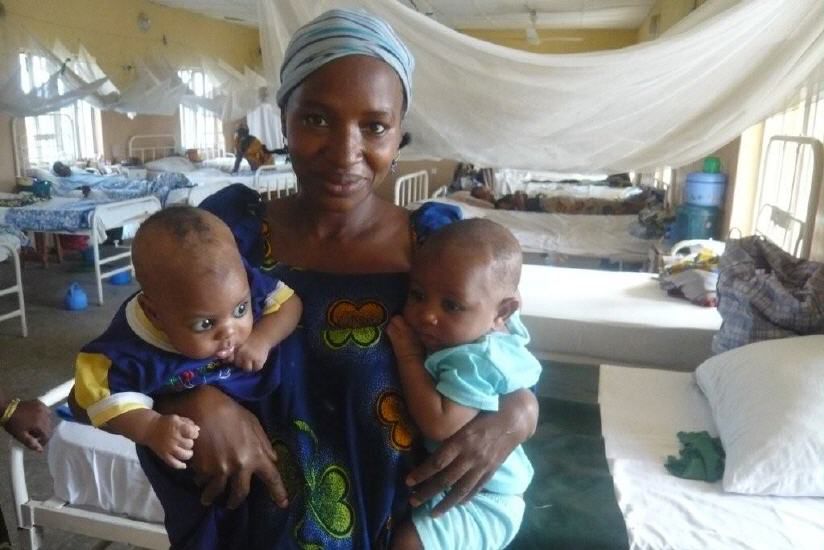 Mother with children in hospital.

The Rotarian Action Group for Population and Development (RFPD) is a resource in the Maternal and Child Health area of focus and supports clubs and districts in initiating, planning and implementing professional projects. Our group is headed by three dedicated leaders from around the world:  Mr. Buck Lindsay of the U.S., Prof. Robert Zinser of Germany, and Dr. Emmanuel Adelodolapo Lufadeju of Nigeria. Each has served in various leadership roles in Rotary International and has a vast network of Rotary contacts.

As an organization of 20,000 Rotary members, we address the population crisis around the world. RFPD agrees that more aid is needed in this area. We are dedicated to motivating the 1.2 million Rotarians around the world in developing and implementing projects that directly address population issues.

The Rotary Foundation grants more than $70 million USD each year to Rotarian-led projects around the world.  Within this framework, RFPD plays an important role in developing, promoting, obtaining financial support and coordinating projects that specifically address population and development issues. We serve as liaison between the local Rotary clubs applying for funds and the Rotary Foundation to ensure proper paperwork is completed in a timely manner.

In its work, the Rotarian Action Group for Population and Development shifts values among community and political leaders in countries, by speaking out on population and development issues and commiting resources and efforts towards solving the problem.  In most communities, Rotarians are seen as the leaders in all professions and vocations, and as multipliers in society.  When sufficiently convinced of the merits of population advocacy, Rotarians can be most effective in further spreading the word and work.